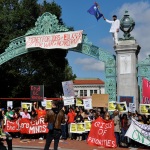 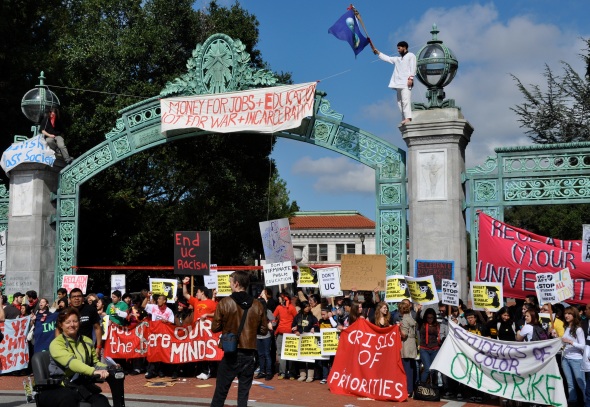 On a beautiful day in Berkeley, you’ll see Sproul Plaza artfully splashed with the eclectics of the afternoon. There’s Yoshua, handing out his doomsday propaganda. There’s the countless brigade of students handing out their own faceless fliers. Sproul Plaza is a place to meet, a place to greet; a place made famous by Mario Savio, by Barack Obama’s televised inauguration speech, and by the plethora of protests, marches and demonstrations that pass through. It defines Berkeley and its history, and serves as the beating heart to a teeming, growing city.

Sproul is considered the best place to people-watch in Berkeley because it seamlessly combines the community with the campus. For this reason, Sproul is one of my favorite places; it’s the quintessential intersection between Telegraph Avenue and Sather Gate, the place that attracts activity daily. It is a place to revel in Berkeley’s characters, and essentially, in Berkeley’s spirit. The city is known as “Berzerkeley” for its characters, its creeps, its combined insanity and its integral place alongside San Francisco in a progressive-thinking world. Come sit at Sproul. You never know who – or what – you’ll find.