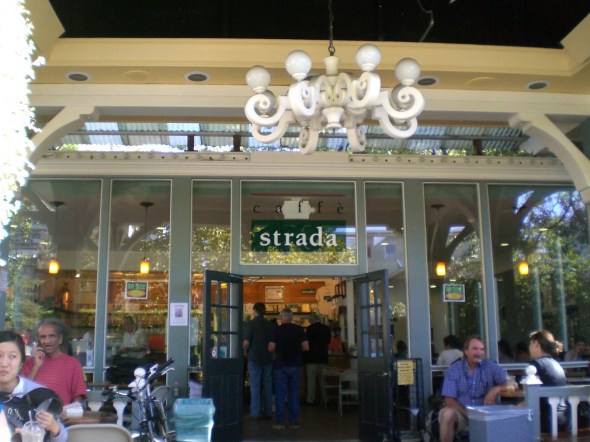 This isn’t Caffe Strada’s first award in Best of Berkeley – in fact, it’s taken this category each of the last four years.

Strada’s success may not seem surprising – after all, it’s close to campus and student housing. But Berkeley has many cafes that share these benefits without the same success. There are at least 10 places on campus to buy coffee, and Cafe Milano has prime real estate across from Sproul Plaza.

But the welcoming atmosphere of Strada places it above its competitors, believes owner Daryl Ross. When Ross was a UC Berkeley student, he found some cafes intimidating. “The scene was so intense, and it was like cliques had formed within the cafe,” he said. With its outdoor seating and European ambiance, Ross feels Strada provides a more casual culture.

Of course, the coffee is held to a high standard. According to Ross, employees can make coffee drinks only after six months of observation. This commitment to quality, combined with Strada’s setting, has earned it seemingly irrevocable rights to the throne.

This entry was posted on April 30, 2011 by skkazla. It was filed under Uncategorized and was tagged with Cafe Milano, Coffee, Coffeehouse, Drink, Seattle, Sproul Plaza, United States, Woodland Park Zoo.